Is the photo of Inola Oklahoma Tornadoes real? Nope. Here’s Why. 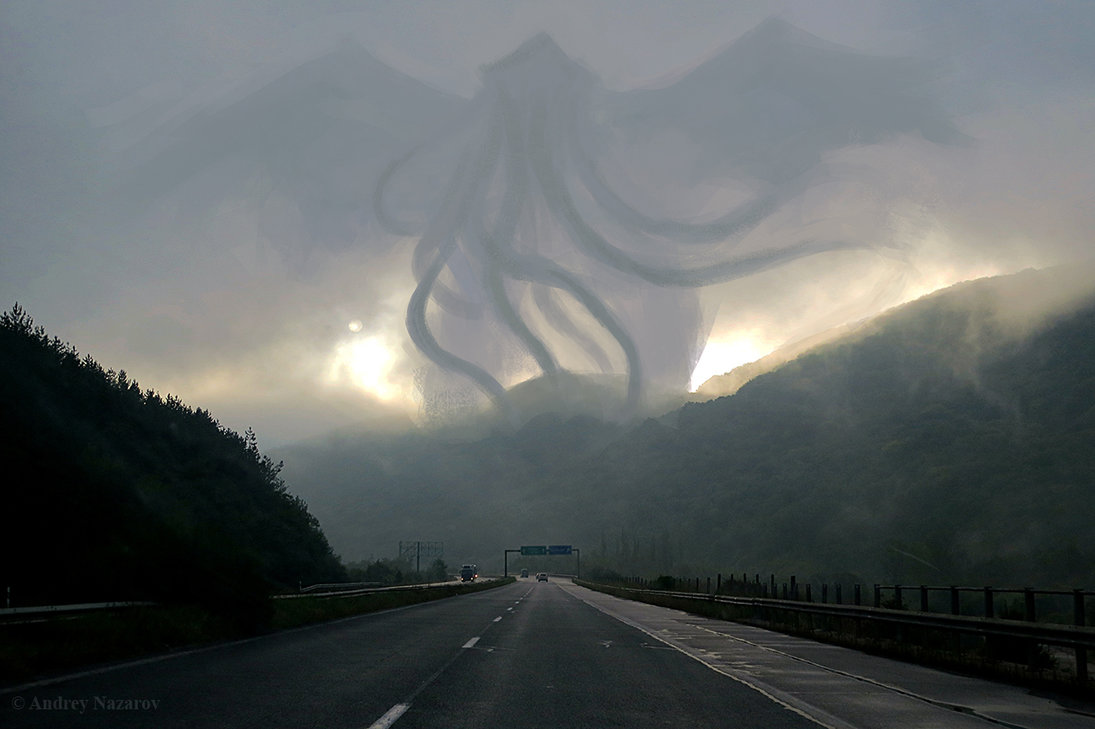 For some reason, someone who didn’t do their research, or a prankster perhaps, decided to post a digital artwork called “Cthulhu Rising” by artist DaShadeE from DeviantArt, as if it were a photograph of tornadoes in the distance on a road. The reason that it looks fake is because it is fake. Those are tentacles, not tornadoes.. and the bumps at the top are wings. And yet, the forwarding of this, as if it were an amazing storm system continues to get circulated. Also, Inola Oklahoma is flatland, not mountainous.

The actual location, according to the artist, is a highway near Sophia Bulgaria (which is in Europe, not even in the US). The artist used a photograph of the roadway found on Google, and painted the Cthulhu above it. The artist has stated that it’s okay to share, but does not offer it commercially or sell it.

The artist submitted the work to an FB page about HP Lovecraft, and is credited properly.

Ladies and gentlemen….Cthulhu!!! from pics